The Venetians built the small fortress Bourtzi, located in the Argolic gulf  and close to Nafplio, in 1471. Bourtzi was originally part of the city's defenses, and thick chains ran from the castle to the mainland to prevent enemy ships from docking.

Between 1865 and 1935 Bourtzi were the executioner’s residence. The reason, of course, was that no one wanted to be neighbors with people in this profession. Later, Bourtzi became a hotel / restaurant – what a contrast! Lately it’s purely a tourist attraction, and has become the symbol of Nafplio. But, Bourtzi is now (2015) being thoroughly restored, and will soon again become an even better attraction and have a taverna!

Small boats head out to the fortress, leaving from the port fairly regularly. The trip lasts only a couple of minutes, and the view towards the city is at its best just before sunset. 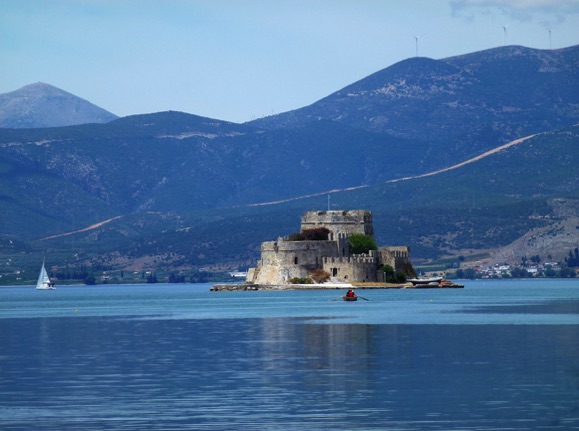 Fortress and the executioners home 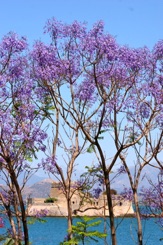 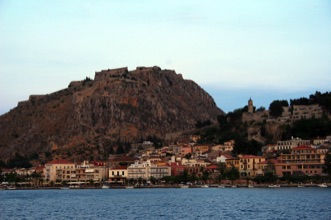 Bourtzi is currently under renovation, and will periodically be closed.