Arachneo, also called Cheli, is a small village, up in the mountains, not far from the peak of the same name. Driving there is a ride first through a fertile agricultural landscape, then in a much more barren mountain landscape. A great trip in itself, but our main goal is the little church in the village, The Church of the Assumption, or Agia Marina. The church was the first catholicon of the MONASTERY OF TALANTI, and on our way, a kilometre or so before we reach the Arachneo village, you'll see a sign pointing you in the direction of the Talanti monastery, in the Houni ravine. So we'll do a little side trip first!

In 1761, the local Aga (Turkish officer), demanded taxes from the monks, who then lived in Arachneo. The monks didn't want to pay (big surprise), so they sought away from the village. They built this new monastery in the beginning of the Houni ravine, and they dedicated it to the Virgin. This monastery still stands, and also you will find a beautiful, old church there, that soon will be cleaned for years of soot so the hagiographies will be as new. The church is always open, even if there are no monks there anymore. If you're lucky, locals can show you the sheepfold, now a chapel, and other hidden treasures of the monastery. Also, take in the beautiful views.

Driving towards the village again, you'll soon see Arachneo village to your left and the even older church, AGIA MARINA or Metoxi to your right. It is (at least probably) the smallest Byzantine church of Argolis, and the one of two who is double-naved, the other one being in Adami.

Agia Marina, has no glass in the windows, and the frescoes have faded from moisture and age, but are still breathtakingly beautiful, painted by a Cretan School artist who worked here in the 16th century.  It's a gem, this church, and you really shouldn't miss it!

The road passing the church will lead you to Ligourio. But there are two more sights worth visiting here. First off all, you can't avoid seeing the WIND TURBINES at the Arachneo Mountain's ridge. Drive up to them! They are not noisy or spooky or anything, just very majestic, and they provide Argolis with clean and much needed electricity. Just point the car at the peak of the mountain, and drive on. A little while before you reach the top, you'll see a building, used by the employees of the wind turbine company.

Park there, and to your left, you'll see a low wall build of stones. This is one of the walls of the GYKLOS FORT. As you also can read about here, Arachneo was the communication pass between Argolis and Corinthia in the olden days. There are several such fortresses in the area, mainly used in medieval times to control and supervise the Franks, Byzantines et al. The Gyklos Fort is probably built around 1220, and some of the walls are still standing, even if they're not as tall as they used to be. It's barren (except in the spring) and yet incredibly beautiful here, and the views are fabulous!

You can continue further up the gravel road, and soon, if it's a clear day, you can see Athens to the north and the island Hydra in the south. And most of Argolis. And hear the windmills and their soft swoosh swoosh. At its highest; Arachneo is 1091 metres, so bring a warm jacket!

ARACHNEO MOUNTAIN is a mountain from the Greek myths. Here, Clytemnestra (Agamemnon's wife, from Mykines, he was at the Trojan war at the time) saw glares from fires at the communication towers (pyramids), predicting the destruction of Troy. And some of the pyramids, or what's left of them, can be found in Prosymna, Elliniko, Ligourio, and Lefkakia. 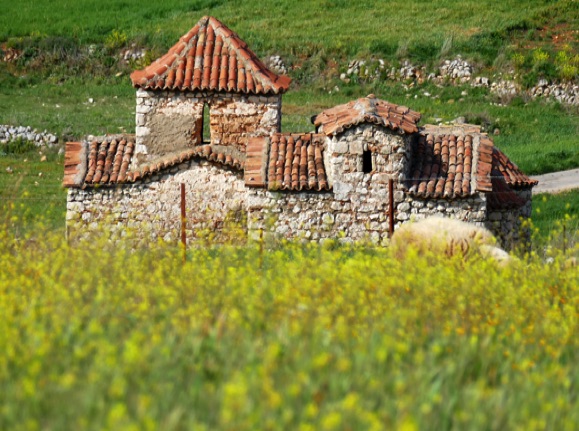 An amazing church, a monastery, a fort and wind turbines 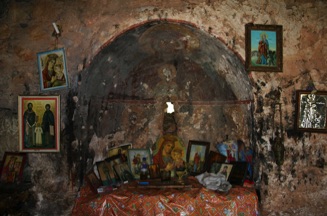 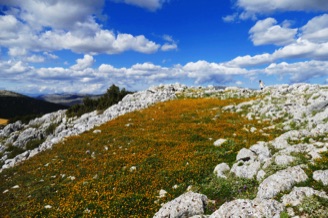 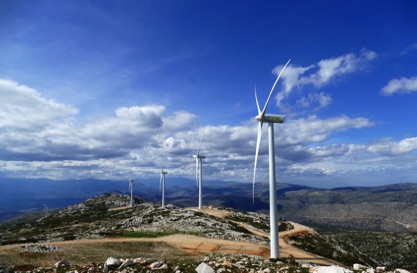 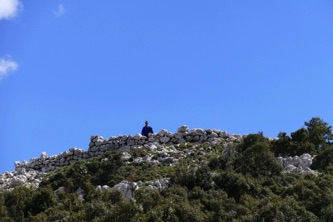 Agia Marina at Arachneo (above).

The Talanti Monastery church (below).

Agia Marina at Arachneo (above).

Arachneo is 27 km from Nafplio (driving via the Tyrinthas - Mykinon road), and you'll need a car to get there.