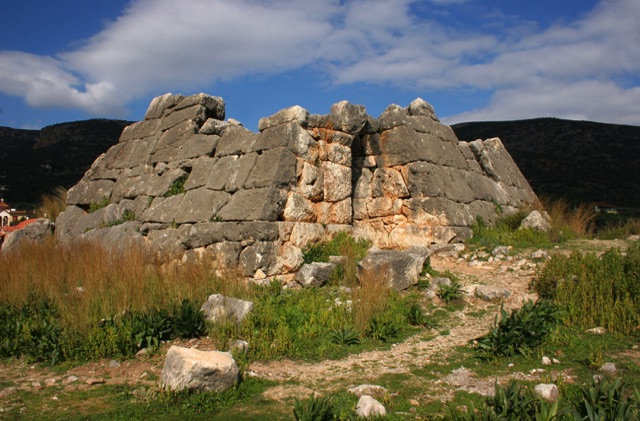 There are a few and mysterious, pyramids in Greece, what use did they have? The pyramid of Elliniko, also called Kenkreai, is the best preserved of them all. This is not a pyramid similar to the Egyptian, this - and the others in Greece - is considerably smaller and was possibly used as a watch tower or communication tower, although some say it just was water tower, or that these constructions, at least when they were built, were tombs (see quote box). Kenkreai lies on a hill, with wide views over the Argolic plain. In the olden days an important road, leading from Argos to the neighboring county of Arcadia, passed this pyramid.

It is uncertain when the pyramid was build, but probably around the fourth century B.C. It was originally 70 meters high, and it’s possible the pyramid didn’t have the pointed top we know from Egypt, but that a flat roof.

It makes sence that this was a communication tower, we find similar (but more ruined examples) several places in Argolis. See Lefkakia and Agios Ioannis, Prosymna and Ligourio. Scientists believe there is evidence that these (plus others, probably disappeared), had clear sight lines between each other.

Visiting Elliniko, you can also see Kefalari and Zogka on the same trip!

So, you thought only Egypt had pyramids? 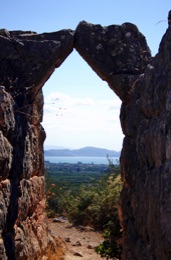 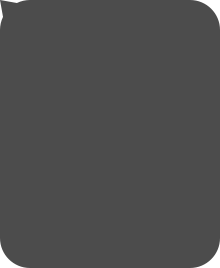 "The masonry of both tombs (here and in Ligourio) has been dated in the 4th c. B.C. and the unusual shape explained by the traditional close connection between Egypt and the Argives from the time of their legendary conqueror Danaos, king of Libya; that 3000 Argive mercenaries were sent to Egypt in 349 B.C. is still more persuasive evidence."

The Princeton Encyclopedia of Classical Sites 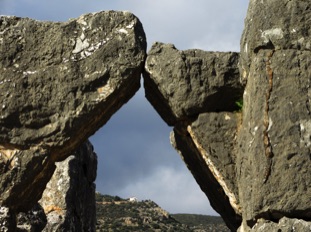