Let’s travel up to the mountains, in the north of the Peloponnese and in the southern slopes of Mount Helmos. This is not an area with well-known sights, and certainly not an area you visit the first time you are in Nafplio. Or why not, come to think about it? Sometimes the least travelled paths are the most tempting, and give us lovelier memories than the famous sights.

This mountain landscape alternates between barren and lush, fierce and gentle, and is spiced with small villages, farms and goats. A lot of goats. If you can, go in the spring, when nature is at its most generous. All photos on this page are taken in March, a time when the alternation between flowering meadows and barren or snow-capped mountains is absolutely striking.

Actually, you can just explore the area on your own. Drive the roads your heart desires at the time. But if you want some kind of a plan, let’s begin in Klitoria. Klitoria is hardly the nicest city you've seen in Greece, but it’s down to earth Greek, and offers rivers, water mills and vineyards, one of the latter have produced grapes for the last 3000 years. A little further north, near the small town Kastria, is Spileon Limnon, The Cave of the Lakes. Visit the mountain's interior, and you’ll walk on bridges over the lakes, lakes that may be bottomless or not, but offers awe anyway.

Drive a few kilometres west, to Planitero, if you're hungry. In the shade of the huge plane trees, streams are flowing, and the small pools are filled with fat trout. So trout for lunch, then. If the chef just grilled his last one, he’ll just pop out and fish some more. Fresher trout than this is hard to come by, so the two or three taverns in Planitero serve not much else. (But, let’s not be all too panegyric, there are also trout farms here.)

The monastery of Agia Lavra gave birth to modern Greece. It was here, under the great plane tree by the gate, that the Greek flag was hoisted for the first time, and the Greek War of Independence started. The date was March 25. 1821, and this date is celebrated as the Greek National Day today.

The monastery is originally from 961 AD, but is burned to the ground so many times that we've lost count, the last time by the Germans in 1943.

Do you think that it is possible to have a church inside the trunk of a tree? Of course it is. Panagia Plataniotissa (pictured right) is just that. Three plane trees grew together into one, and the cavity inside is a small church. No, you may not believe it until you get to see it, but there is supposed to be room for 20 people here. The village, Plataniotissa, has been named after the tree, and the church name means something like the Holy Virgin of the plane tree.

September 8. is the date for the village party here, and if you can’t find room in the church (unlikely), you can certainly join the party.

If you think this may be too much and too far for day trip, why not spend two? You can visit Nemea, Spileon Limnon, Klitoria, Planitero and Agia Lavra the first day, stay in Kalavrita and go to see the tree trunk church day two - and possibly visit Rio and Patra and / or Corinth before heading off to Nafplio.

By the way, Kalavrita also has a ski centre nearby, if you're on tour in the winter you can borrow skis and try the slopes at the top of Mount Helmos (pictured right). 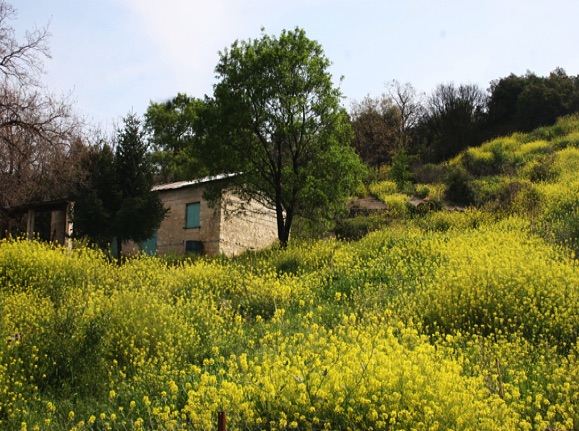 A church in a tree and a lake in a cave 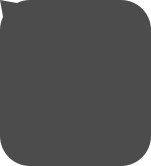 Distances from Nafplio (via Tripoli):

Trout in Planitero (above), the curch in the tree (right) and Mount Helmos (below). 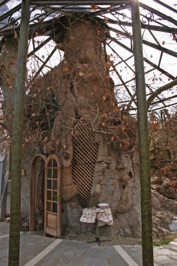 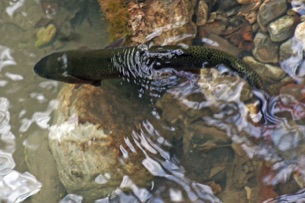 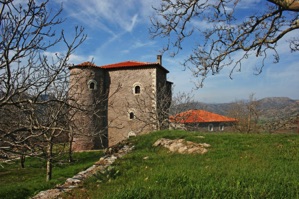 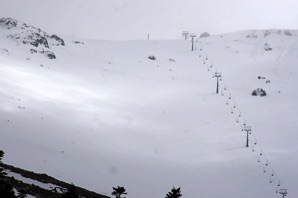